We have to accept the fact that to web application evolve fast. Web development is challenging, and the way we do web development has changed. The user experience and capabilities of your legacy apps can be enhanced by leveraging modern UI frameworks like React, Angular or Vue. The question is how do you transition to Read more about Modernize your legacy web applications using React, Angular or Vue[…]

Most of my prospective customers ask me questions related to IWORKTECH’s delivery capabilities. It is consequential, because the primary reason why my prospects want to outsource their software development work to us it that, they are would like to delegate part of their work to an extended and trusted team that can deliver, and the Read more about Custom Enterprise App Development – Does the vendor have the capacity to deliver your web and or mobile development projects for your digital transformation?[…]

We faced several challenges working with our existing CI systems, namely Bamboo and TeamCity while setting up our CI/CD pipelines on on-prem private cloud and hybrid cloud infrastructure for our clients. To overcome these challenges we decided to evaluate Jenkins, and to our surprise, everything went seamlessly. It took us some time before we could Read more about Agile DevOps – Case of using Jenkins for multiple sites, implementations, and environments for .NET Cloud Apps (Part-1)[…]

Managing a healthy lifestyle boils down to habits. Choices and habits can be changed when we know or learn more about their impact on us.  The fast pace of today’s world brings with it many distractions and less time to relax. It’s easy to forget what your body needs. Luckily, the very mobile device that Read more about Enterprise Mobility Challenges — the Mobile platform for lifestyle management[…]

The testing of the mobile application is never easy. It is becoming more complex each day, with the release of new devices the complexity grows by many factorials. When the combination of new hardware & software come into play the app in production apps testing has to be automated. It is true that QA activities Read more about Strategies for Mobile Testing: Test early in the Development Cycle[…]

These titans- Alphabet (Google’s parent company), Amazon, Apple, Facebook, and Microsoft looks unstoppable. These are the five most valuable firms which are listed on the stock exchange. According to the Economist, they collectively earned $25 bn in net profit in the first quarter of 2017. The Giants deal in data, the oil of the digital Read more about Top Valuable Brands in the Data Economy[…] 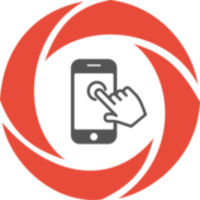 Training managers are always faced with the challenges of capturing learner’s experience and measuring its impact The big questions for training development managers and their organizations are: Is the training of helping our business to run smoothly and grow? What’s the impact of the training we provide and does it align our business objectives? What Read more about Challenges of tracking learner’s experience and measuring its impact[…] 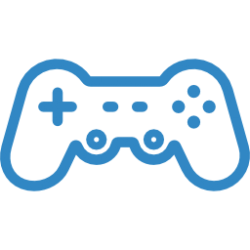 Gamification is a valuable tool. It intensifies engagement, performance, competitiveness, and involvement of the participants. Using it for training can elevate the understanding of the content and impact outcomes that educators have come to expect. In today enterprise, it’s common and in some case mandatory, for employees to go through training on a regular basis Read more about Increase employee engagement and performance through gamification[…]

How students/learners cultivate skills and enhance their knowledge through peer learning? StackOverflow is not merely a reference site, it is a consequence of collaborative knowledge sharing on a global scale.  It reveals a new way of sharing expertise and knowledge via a nontraditional method.  Typically, a student or learner has a problem/issue, so they search Read more about Peer-to-peer learning: Share your knowledge and experience while learning[…]